Nintendo’s newest fan favorite, Animal Crossing: New Horizons is arguably one of the most pleasant games in recent history. With beautifully detailed visuals and an iconic soundtrack, the world of Animal Crossing is tailor-made to be the ultimate relaxing pastime for users. As players design flawless homes and terraform their islands to perfection, they amass higher star ratings and trophies from the Happy Home Academy.

Despite its sterling reputation, Animal Crossing hasn’t always gotten visual design quite right. Recently, some players have made it their mission to exile all “ugly” residents from their islands in pursuit of more popular fan favorites. While some villager designs may be less than adorable, here’s a look at some of the weirdest villager homes that might lower your whole island’s property value.

Updated on April 12th, 2021 by Anastasia Maillot: Given how many villagers there are in the game, fans are not likely to get easily bored in Animal Crossing: New Horizons. While there are characters that made a return from previous games, some were introduced as brand-new villagers making their first appearance in the universe.

Even these new villagers follow closely the theme of the game, which makes sure that every villager has a house with a particular aesthetic to suit their appearance, personality type, or interests. However, some houses are far from being cute and homey, and these five strange additional ones are just the tip of the iceberg.

Goat villager Billy has the jock personality type, but one would never guess that just by looking at his house. Jocks typically have all sorts of sports equipment around their homes, but for some reason, Billy’s home looks like a landfill mixed with a paper explosion.

His place is full of cardboard boxes, papers, stacked up books, and even a box of tissue. What in the world is Billy doing here in his free time? Since he’s not the bookish type, it’s pretty weird that he has a house like this.

Speaking of landfills and garbage on the floor, Jacob (or Jakey in some versions of the game) has a home that’s perhaps more close to his own lazy personality but still raises a few eyebrows. A home is a place that’s comfortable, where one can relax after a long day, not sit among piles upon piles of fresh garbage.

And yet, that’s precisely the type of home Jacob has. For as far as the eye can see, his house is filled with garbage and only rudimentary furnishing. Poor Jacob. Maybe he just doesn’t know how to furnish a place.

Messy houses are one thing, but downright weird and disturbing homes like that of Knox are their own special category. Dressed in knight-inspired shining armor with a golden helmet, Knox is a chicken villager with a cranky personality. Due to his medieval style, one would think his home would reflect that through its furniture.

It could be argued that there’s some medieval feel to his home, but if anything, it just looks like a fancy funeral home. There are four tombs and even a piano at the end for him to play sad tunes on. It’s difficult to see why anyone would want to surround themselves with such depressing energy.

Ostrich villager Phoebe must have the most amusing conversations when it comes to discussing interior design. While others have normal houses with a small kitchen a table or two and a bed, Phoebe has everything set up in some sort of hellish underground lava cave.

Now, granted, Phoebe’s name does refer to a Phoenix that rises from the ashes, which might explain why she’s surrounded by stalagmites and lava pools. Even then, tea times with Phoebe in this house must be interesting, to say the least.

Jock villager and eagle Sterling has a very similar clothing style to Knox, and they both also share questionable indoor design tastes. While Knox has a morbid fascination with funeral homes, Sterling seems to love the idea of being a guard at the local jail.

Sterling’s home has that classic bleak appearance of a jailhouse, with very few comforts. Who does he keep locked up here? Why does he have a home like this? These are just a few of the questions anyone would ask him if they could.

Eunice, a kind sheep with a normal personality, has one of the strangest homes in the game as she doesn’t live in a home at all. Her house is full of washers, dryers, and hampers, leaving little room for anything but laundry.

Like the other homes on the list, Eunice’s house raises a lot of questions. Where does she sleep? Is this where the other villagers wash their clothes? Why does she need an outdoor trash can and a vending machine? Whatever her reasons, Eunice and her at-home laundromat bring the wacky charm that makes Animal Crossing: New Horizons a hit.

Raymond may be a new addition to the Animal Crossing franchise, but he’s quickly become a fan-favorite on social media. Although the smug cat has captured the hearts of the public, his managerial style extends much further than his clothing.

With a water cooler and whiteboard, Raymond’s house looks like a corner office in a highrise, not an island getaway home. This cat’s corporate digs include two separate desks and a safe that no doubt holds some very important business documents. Raymond’s house is a bit odd but as cool and calculating as its owner.

Biff chose style over comfort when designing his house, a graffiti lover’s dream. His spray paint-covered brick walls may not be the coziest set-up, but for this artistic jock, it’s perfect.

Biff’s colorful walls aren’t that weird on their own, but the distinct lack of furniture is particularly confusing. He has a red phone booth, a bike, and a few work tables but no place to sit or rest. This home works better as a cool alley hangout than a home which earns it a place on this list.

Despite her modern clothing and makeup, Diva the sisterly frog takes an ancient approach to home decor. Diva has remodeled her home to look like an Egyptian tomb, complete a full casket and Sphinx statue.

Diva’s house is particularly puzzling because it matches another villager much better than it does for this purple primadonna. Ankha, a snooty cat designed to look like an Egyptian god, also has a pyramid-style home, but it fits her much better than Diva. This mismatch of decor style makes this tomb seem anachronistic and out of place.

Most villagers’ homes are full of wall-to-wall decorations and furniture to show off their unique personalities. However, Gloria’s minimalistic park theme is wildly different from her snooty style.

Inspired by movie star Gloria Swanson, Gloria the duck seems more glamorous than her home would suggest. Although the fountain, benches, vintage popcorn machine, and street organ are pretty, the lack of any other furniture is a little suspicious. Despite the odd match of Gloria and an indoor park, this home is one of the few on the list that is actually aesthetically pleasing.

Curt seems pretty normal at first glance, with a jersey and bandage to prove himself as a tough jock. However, his house paints a very dark picture of his life as he appears to live in a vacant lot full of garbage, rather than a gym rat’s paradise.

With an empty oil barrel and cardboard boxes, Curt’s house gives off the uneasy feeling that he lives outside, even though he’s indoors. While it’s great that he clearly does laundry—as evidenced by the clothesline and washbin in the corner—this jock’s house is still pretty creepy.

Klaus the bear may be modeled after legendary Greco-Roman heroes, but his weird home design probably won’t stand the test of time.

While you’d probably expect Klaus to stick to antiquities and relics, the main features of his house are a more modern form of porcelain. In the middle of his room, Klaus has a round whirlpool bathtub as an update of their ancient counterparts. A toilet and bidet also feature prominently in the corner with little to separate them from the rest of the room. With these weird amenities, Klaus’s house may best be left in ruins.

A pink, cranky, Russian bear, Vladimir has a unique personality and sense of style; his unibrow and polka dot shirt effectively prove that. But, his choice of a pastel construction site as a home base makes him even more strange.

With chainlink wallpaper, a vending machine, orange hazard cones, and various iron beams, Vladimir continues to perplex Animal Crossing users. As one of the many villagers deemed “ugly” by the game’s fanbase, Vladimir’s weird home decor doesn’t help his case for becoming a beloved neighbor.

Everyone’s favorite hamster/hacker Graham may seem unassuming at first glance, but his computer terminal-filled cottage is anything but innocent.

The bespectacled rodent is well-known and much-disliked for his smug personality type, and his creepy bachelor pad doesn’t do him any favors. Players who enter the hamster’s home are greeted with rather incriminating wall decor on their way back out. Graham appears to have a small shrine devoted to fellow villagers Francine and Chrissy. His servers and monitor may seem innocuous, but these hidden posters make Graham’s house one of the weirdest details of the game.

Much like Graham’s tech-filled room, Barold has a rather suspicious living space decorated wall-to-wall with security camera footage of the player’s island. Although Barold has a lazy personality type, his water cooler and computer desk show he’s all business.

While civic style furniture has been a longtime feature of Animal Crossing, the professional office vibe of Barold’s house is extremely strange. Unlike Raymond, his clothing choices of a funky animal-print shirt and hipster glasses seem completely at odds with his home decor. Let’s hope he’s not watching our islands too closely.


Next
Persona 5: Every Palace, Ranked From Worst To Best 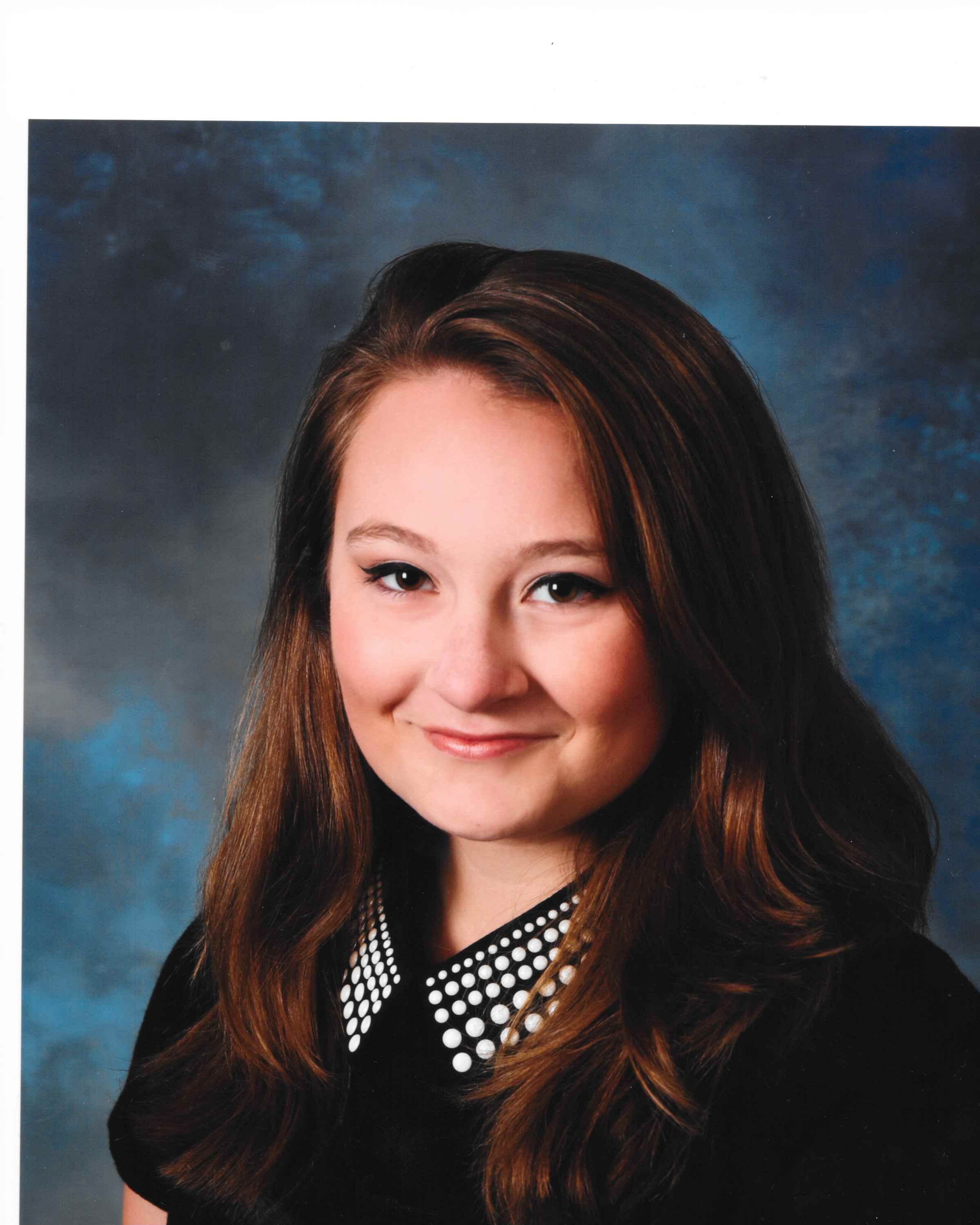 Anya Soller is a writer and editor based in Michigan. In addition to writing for GameRant, Anya reviews TV shows for The Michigan Daily. She is also currently the Editor-in-Chief of the satirical publication, The Every Three Weekly. Anya is currently studying English and History at the University of Michigan.

Monster Hunter Rise: How to Get Pawprint Stamps & What They’re...